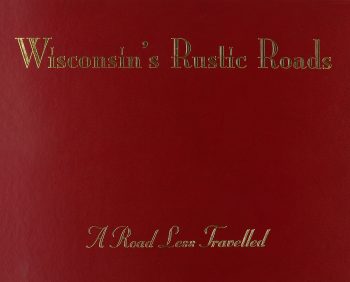 Part guide and part spiritual journey, this visually stunning book celebrates America's only statewide system of historic back country roads. It takes armchair travelers on a richly illustrated journal through the beautiful landscapes of one of the nation's most geographically diverse states, and serves to aid those travelers who decide to embark on an actual trip over these charming bucolic lanes.

The entire project began when photographer Bob Rashid undertook a two-year odyssey to preserve remarkable sites along the 76 official rustic roads in Wisconsin. His popular photographic exhibit has traversed the state to the delight of thousands of viewers who find themselves as enchanted by Rashid's vision as he was by the scenes that emerged in his viewfinder.

Illustrated with over 90 of Rashid's engaging full-color photographs and 68 locator maps, this book will be equally at home on the coffee table or on the front seat next to those adventurous souls who also find themselves drawn again and again to head down a road less traveled.