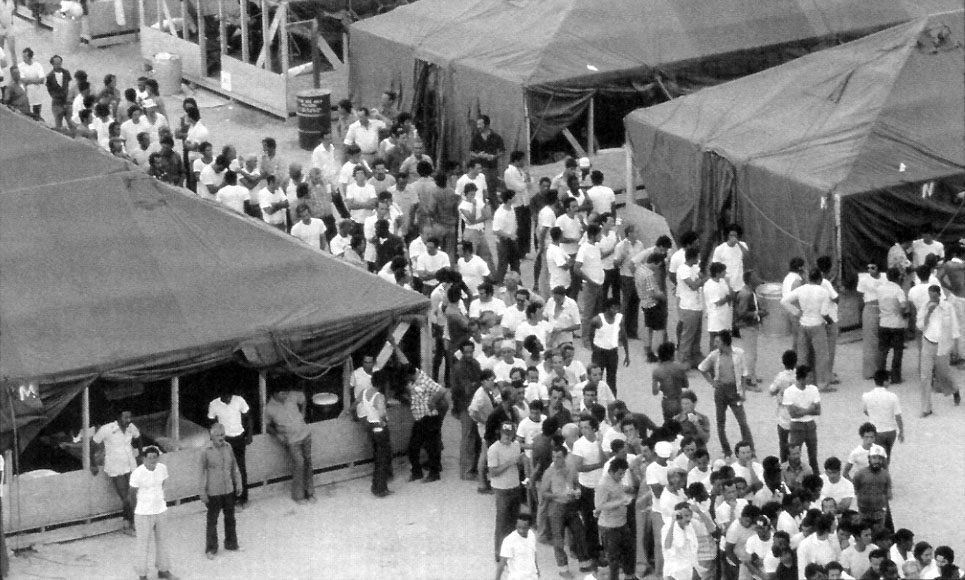 Kickass, the doorstop dog, indulges the keeper as the plans for using Camp McCoy in the Afghanistan refugee program prompts memories of 1980 when some 14,000 Cubans were housed at McCoy after escaping Fidel Castro’s regime.  The keeper, a Milwaukee Journal columnist at the time, was also a friend of the late Robert Thompson who, as US Marshall, was in charge of security at the camp, which was no small task as Cuban clan clashes prevailed and refugee discontent grew.

During an interview in 1980, Thompson displayed lockers full of shivs, and gave the keeper one as a souvenir.   Its blade is made from part of an army cot with a wrapped strip of bedsheet as a handle, and it still reposes among the keeper’s lifetime debris.

The Cuban refugee program caused considerable problems both inside and outside McCoy before it was finally dissolved as the Cubans were absorbed into the population.

The keeper recalls a press conference at which he had impolite words for an overly aggressive TV cameraman; and was left by officials with a sense of just how difficult a refugee mission can be.

McCoy facilities are fit only for summer use, and the approach of winter ended the Cuban program there.  That will likely be the case for the Afghanistan project, which puts a time constraint on welcoming new flavoring for the unique US cultural soup. 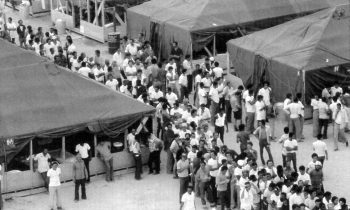 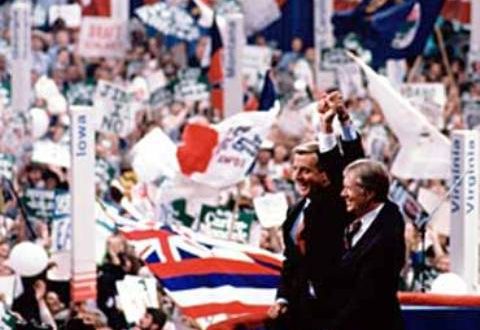 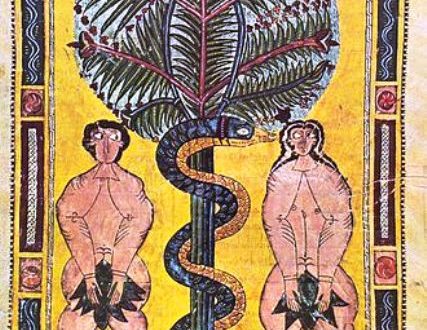