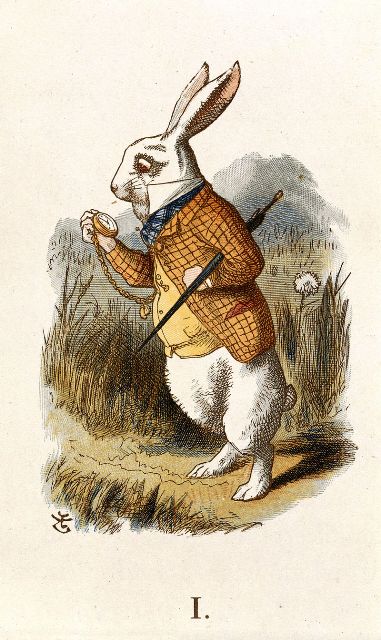 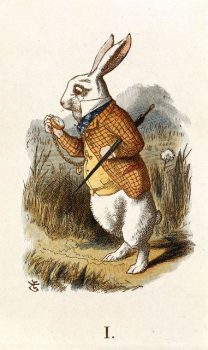 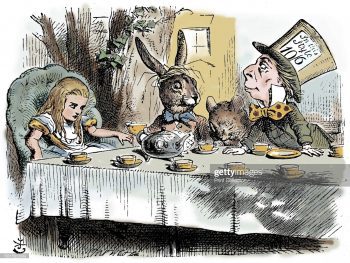 Kickass, the doorstop dog, reports the keeper, in one of his increasingly frequent reminiscent modes, gets reacquainted with the magnificent jackrabbits that would occasionally pop up out of the frozen snow-covered fields where he and his brother and sister walked the mile and a half (still measurable) to the one-room country school.  The rabbits were like Alice In Wonderland characters, tall and regal looking, and appearing from nowhere to lope gracefully over the hills until they were out of sight in a distant field.  The recalled images of them are as clear as the frigid winter air on a cloudless morning.  Remembering the rabbits-actually hares, moved the keeper to do a bit of Alice In Wonderland review: The Cheshire cat: “We’re all mad here.  I’m mad.  You’re mad.”  And apparently for Chuck Schumer’s use, the Queen of Hearts said, “Sentence first. Verdict afterwards.”  The keeper’s favorite, however, was also from the Queen: “It’s a poor sort of memory that only works backwards.” 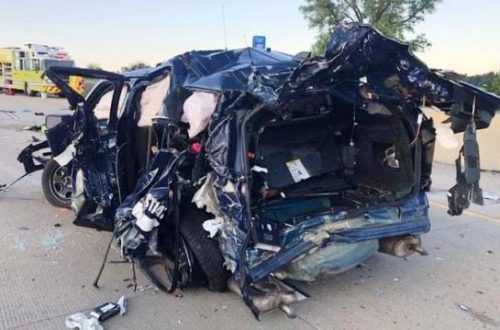 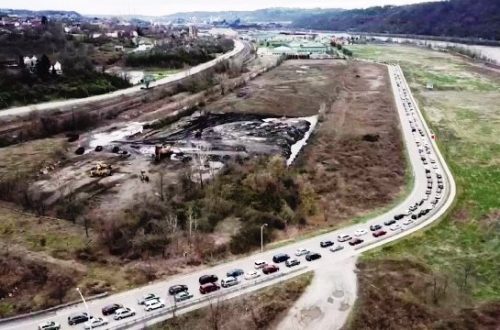