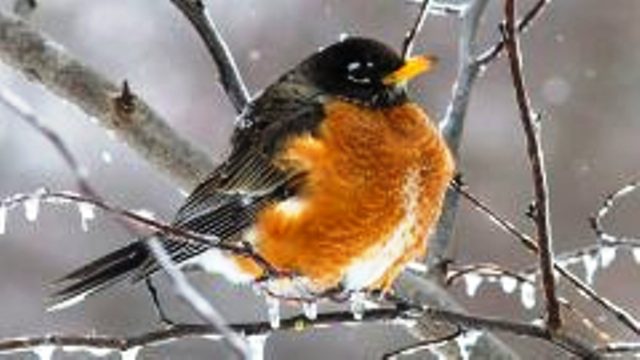 Kickass, the doorstop dog, upon seeing his first robin of the season, used his unique powers of communication to engage the bird in a brief conversation.  The robin was pecking at the dried berries in a leafless tree in front of the Aldis grocery store at the time:

Kickass: “A bit early, don’t you think. It’s the middle of March!”

Robin: “You’re telling me!  I haven’t been this cold since last year’s April blizzard.”

Robin: “I do, damn-it!  These berries are terrible: Like you trying to chock down a rubber soup bone.  The nice, juicy worms are still frozen underground.”

Kickass: “There some symbolism here as the keeper and his ilk wait for the return of leadership decency and compassion that has been frozen underground for the past four years.”

Kickass:  “And you say it will all come with the availability of juicy worms?”

Kickass: “I’ve wondered about that.  Considering the proximity to St. Patrick’s Day, the keeper and I always thought you were singing: ‘Beer-up. Beer-up’?” 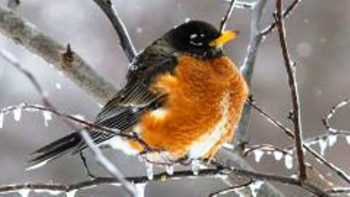 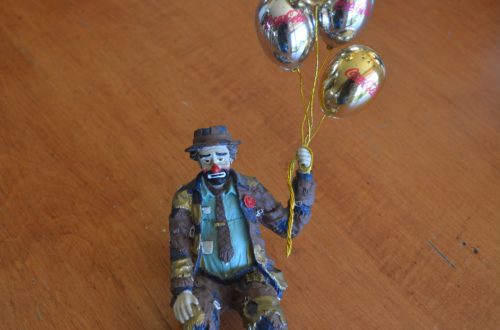 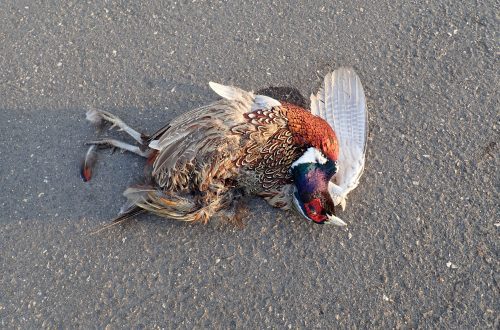 Kickass five gals for a dollar 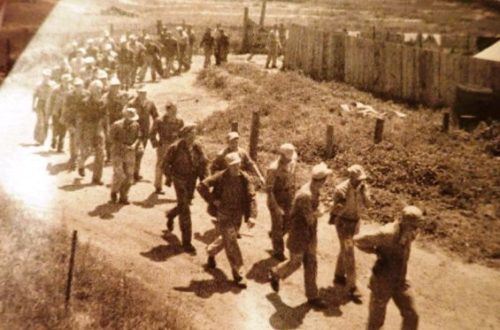