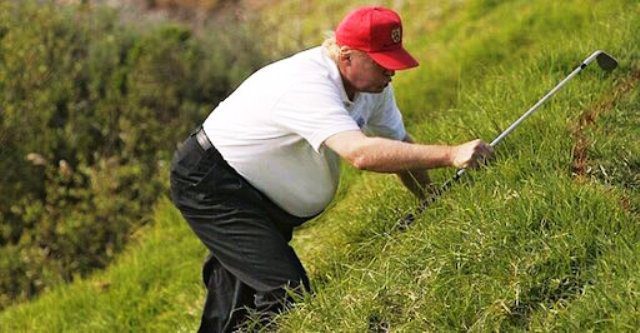 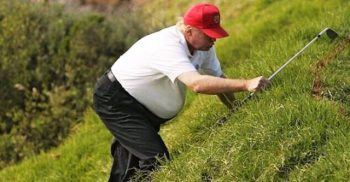 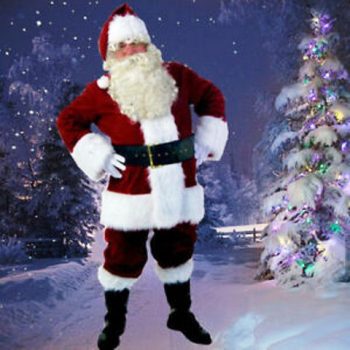 Kickass, the doorstop dog, is often unable to restrain the keeper:

‘Twas the night before Christmas and all through the White House not a creature was stirring not even Rudy the louse.

The staff jobs were hung by the chimney with care, in hopes that tomorrow they’d still be there.

The Cabinet was nestled all snug in their beds while visions of prisons danced in their heads.

Melania in her robe and I in my hair, had just settled down as the KING and queen pair.

When out on the east lawn there rose such screeching, I sprang from my bed to see if it was impeaching.

Away to the window I flew like a flash, tore open the truth and talked some trash.

The moon on the breast of newly tweeted lies, gave a luster of absurdity to what greeted my eyes.

Then I saw with my wandering eyes so fair, a Russian sleigh pulled by eight tiny bear.

With a little old driver so slyly hootin’, I knew in a moment it must be Putin.

More rapid than eagles his bears they came, and he whistled and shouted and called each a bad name.

“Now Daniels! You Dancer! You Prancer and Vixen!

“On Cohen! On Gates! On Manaport and Nixon

“Hear this now, the Russian selection!”

As truth that before my wild tweets fly,

When they meet with proof, wither and die,

Up to the housetop the bruins they flew

With a sleigh full of propaganda and Putin too.

Then on the roof I heard the loud claw,

The scratching and rasping of each tiny paw.

As I drew in my head and was turning around

Down the chimney Putin came with a bound.

And his clothes were all tarnished with bribes and deals.

A bundle of schemes he had flung on his back

And he looked like a con man just opening his pack.

His eyes—how they wink, when they see me merry!

His droll little mouth was drawn up in scorn,

The stump of propaganda he held tight in his teeth.

He had a broad face, and a no sign of a belly

And he does not shake like a bowl of jelly.

He was not chubby or plump, a physically fit old elf,

And I shuddered when I saw him in spite of myself.

A wink of his eye and a twist of his head

Soon gave me to know I had something to dread.

He spoke not a word but went straight to his work

Filling the place with propaganda, then turned with a jerk.

Laying his finger inside of his nose

And giving a nod, up the chimney he rose.

He sprang to his sleigh, to his team gave an order

And they headed out for the Mexican border.

But I heard him exclaim, ere he drove out of sight,

“Happy elections to WALL and to WALL a good night!” 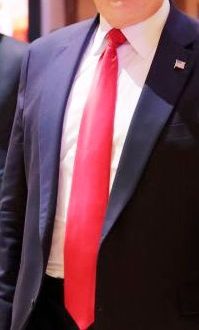 Kickass and the state of the union 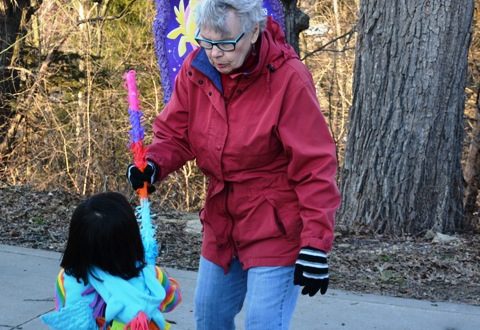 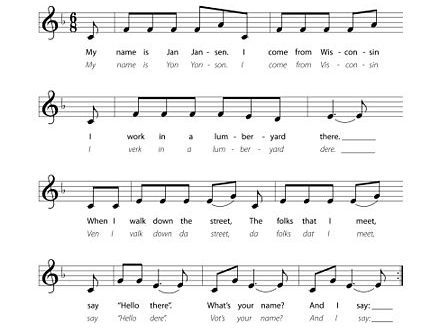