(Kickass, the doorstop dog, turns the whole thing over to his keeper today and says good luck.)

My grandson Paul, on his own volition, is doing heroic and—to me, mysterious stuff to promote some of my previous and current work on internet venues.  He is also a respected reviewer of SF books, and commented at one point that it was too bad I had not written about vampires.  Well, as a journalist, I did not run into a lot of vampires, and when I did they usually turned out to be just old drinking buddies with bad teeth.  However, I have been thinking about Paul’s lament and so have decided to write a story about vampires.  This is how it starts, and I would appreciate any suggestions about where it might go (keep it clean) and how long it should go on.  Again, a word of caution: Remember what Mom said, “If you can’t say someth

ing nice, don’t say anything at all.”

Donnie, the little vampire was acting up at the breakfast table and his mother said to stop it right now or he would get no more blood for his Rice Krispies.

“I’ve about had it with you and decency,” Mrs. Vampire said.  “I’m trying to raise you as a mean little sunovabith and you keep coming up with this Samaritan crap.”

onnie Vampire said, “I just want to get along with everyone and help them when I get a chance.”

WHAM!  Mrs. Vampire swatted Donnie on the top of the head with a frying pan full of scrambled eggs and Donnie’s hair turned the color of egg yolks and began to fall out.

“Shut up with that stuff!” Mrs. Vampire shouted.  “Do something rotten to show me that you are my son and could suck the blood out of a turnip, a poor turnip.”

“Great!” Mrs. Vampire said.  “I would be so proud of you.  Just thinking of you attacking an old lady—especially your mother, just sends goose bumps up my spine.”

Slowly, very slowly, Donnie the little vampire pushed himself up out of his highchair and climbed down onto the floor.  Since he could not walk yet, he crawled across the linoleum toward Mrs. Vampire who stood watching him with proud, damp eyes.

Just then the door slammed open and…………… 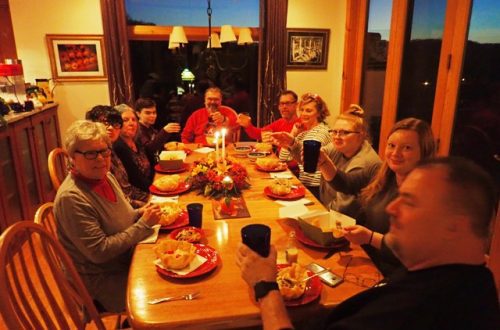 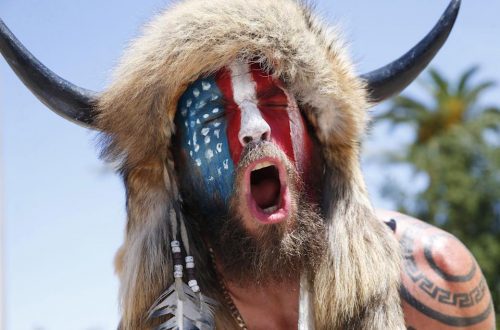 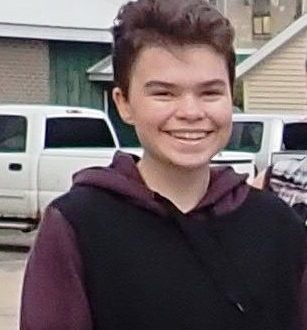