Kickass and ribs in Eden 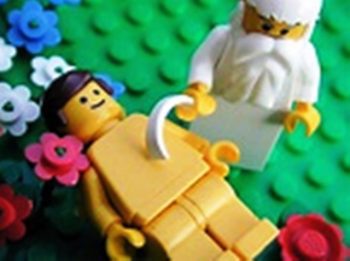 Kickass, the doorstop dog, says it was perhaps inevitable that the keeper and Phyllis develop a preoccupation with ribs, considering that their recent car collision broke ten of Phyllis’s ribs and three of the keeper’s, In reviewing the most famous man-woman-rib story, the keeper reminded Phyllis that while Adam was made from dirt, Eve was made from one of Adam’s ribs, and the keeper was curious as to whether or not one of Phyllis’s ten fractured ribs might include the one that, according to Biblical authority, she got from him?  Phyllis indicated that might be a possibility since one of her broken ribs was much more painful than the others, and she wondered if it might be the keeper’s and would he like it back?

Contemporary medical info is fraught with dire warnings about the danger of broken ribs among the elderly—the onset of pneumonia being the greatest, so the keeper, who is definitely elderly, asked Phyllis to do as Eve did and try to make a deal with the talking snake—a bushel of Gays Mills finest apples for immunity from pneumonia and other complications sounds reasonable to him..

Phyllis indicated she is not anxious to talk to a snake, and would the keeper stop with the nonsense because it really hurts her ribs to laugh.