In “Trout Friends and Other Riff-raff” there is a story titled “Jimmy”. About my encounter with President Jimmy Carter. This story and many more will be available in audiobook, or back in print and eBook, if you contribute: https://igg.me/at/billstokes

Here is an excerpt:

IT WOULD CERTAINLY be a stretch to say that Jimmy Carter was a fishing friend, but at one point while he was President we rode down the Mississippi River on the same boat. The fact that it was the Delta Queen with several hundred people aboard of course takes something away from any intimacy we might have shared. But there was one brief, memorable interlude during which I stood at the railing of the big sternwheeler with Jimmy and his wife, Rosalynn, and talked trout fishing.
…
Later in the day as we rode along the southwestern edge of Wisconsin, I asked Powell if the President knew that he was traveling past some of the best trout fishing in the country.

And so I found myself at the railing standing between Jimmy and Rosalynn, extolling the virtues of Wisconsin’s trout streams, with particular emphasis on the big browns that you can catch on grasshopper flies in August. The President seemed interested in that, and he said that perhaps a muddler fly would work. I agreed, not choosing to point out that a muddler is usually fished wet and we were talking dry flies here.

Coincidentally, Jimmy and I had both fished Yellowstone waters the previous summer, and we talked about how we both used woolly worm flies to catch big cutthroat trout. I said they were beautiful fish, all about sixteen inches long, and Jimmy looked at me and said he caught thirteen trout and one of them was eighteen inches long.

Just for a second I considered telling him about the nineteen incher I had caught earlier in the season during the hex hatch. But I let it pass.

It happened to be the First Lady’s fifty-second birthday that day and I congratulated Jimmy on his choice of a fishing vest and hat as birthday gifts for her.

“How did you know about that?” he said, with a tinge of irritation in his voice.

“I told him,” Rosalynn said. And she had—earlier when I had met her at breakfast and asked what the President had given her for her birthday.

The President flashed his famous toothy grin, and said that nothing about his or Rosalynn’s trout fishing could ever be as private as he would like it.

We talked some more about various flies—girdle bugs were mentioned, and various hopper ties—and then it was time for the President to get ready to greet people at the next stop.

Please consider viewing and contributing $1 to my campaign: https://igg.me/at/billstokes 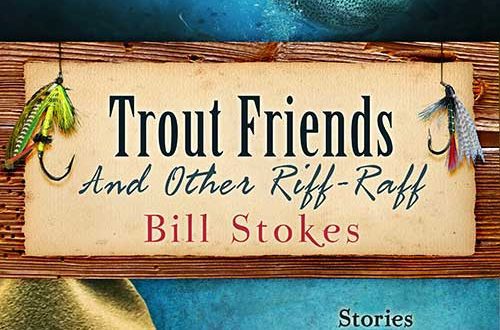 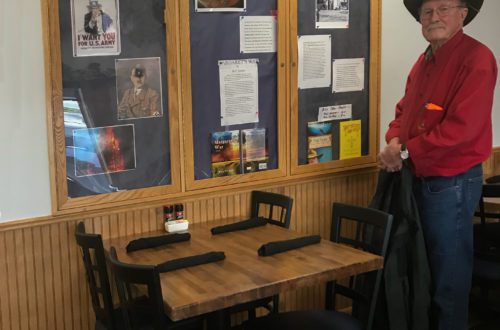